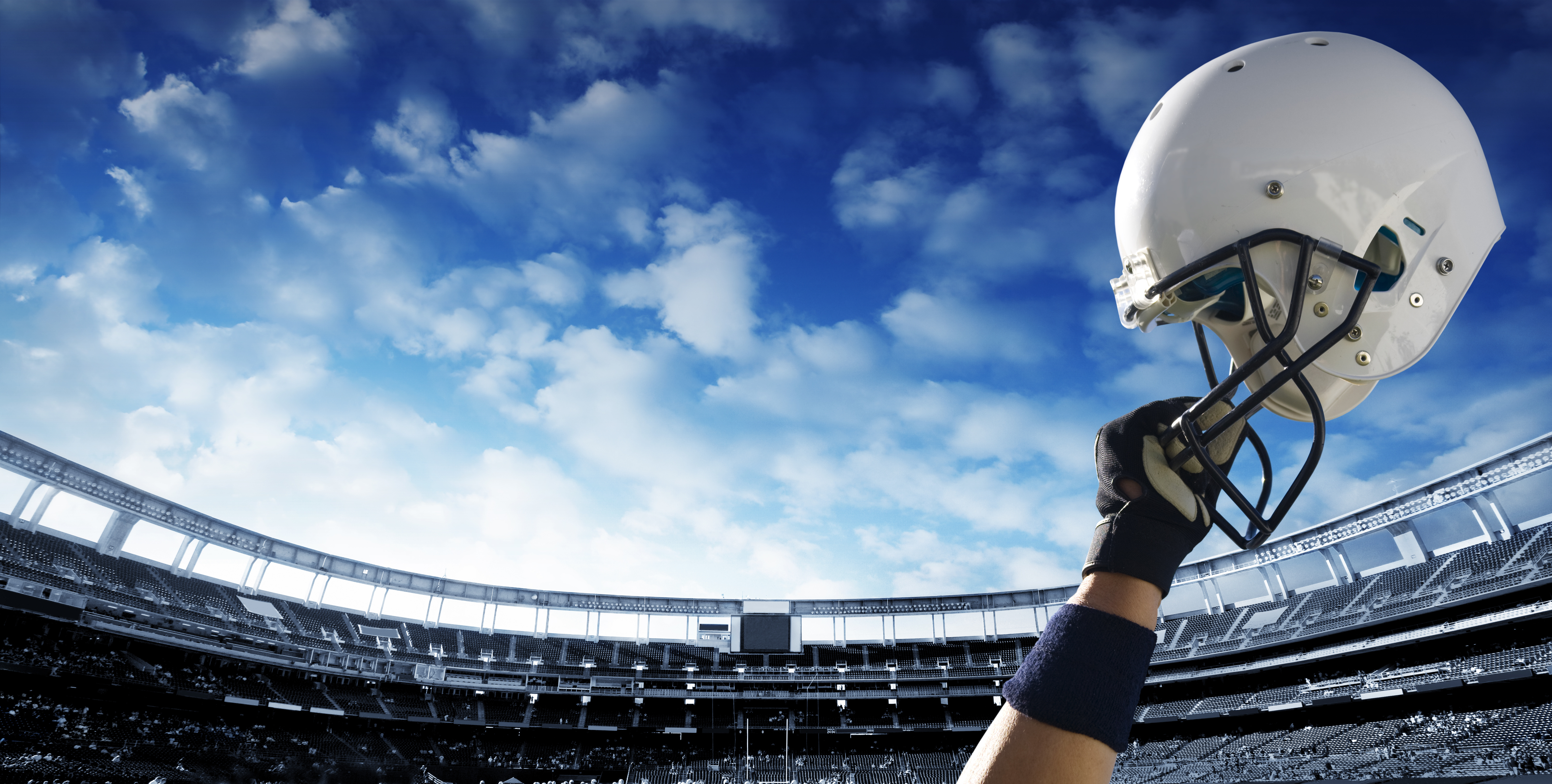 WHAT THE SUPER BOWL TAUGHT ME ABOUT LIFE AND PURPOSE

Being an avid football fan my whole life, I’ve spent countless hours watching, cheering, swearing at and celebrating whatever team was part of my heart and soul at that time of my life. Whether it was watching the Pittsburgh Steelers with my father growing up in the 70s, my high school team for which I was the Gatorade girl, my college team or again the Steelers throughout my entire adult life, I always received something from watching each game. Sometimes it was pure entertainment and fun, sometimes it was extreme stress and heartache, and often it was incredible elation after a big win. Never; however, had I received so much than by watching the Super Bowl between the Atlanta Falcons and the New England Patriots this past weekend.

Obviously, being a life-long Steeler fanatic, I’m naturally not a fan of the New England Patriots, since we are in the same division and must face them head-on each year in the regular season and often again in the playoffs. And, since my sister lives in Atlanta, it made it exciting for me to cheer for the “other team”. What happened not only surprised me with how New England could come from such a huge deficit so late in the game and somehow miraculously clinch another title, but how the outcome changed my thinking forever. Even though New England won, what I witnessed was something that not only had a positive impact on me; it is something that will benefit me, and how I coach my clients for the rest of my life.

This was not a competition to see which team had the most talent. Clearly, each team had incredible skill and talent and both were physically prepared for the game. What this was instead was a battle of the minds and the team with the strongest mental belief and persistence and the one with their eye steadfast on winning was the team that won. Whether or not you are a football fan, doesn’t matter here. What matters is your ability to learn and gain something from this incredible lesson.

As one of only 200 Certified High Performance™ Coaches in the world, I speak often about how true high performers who have achieved incredible success in their lives know to be aware of their psychology. They do deliberate things on a daily basis to improve their psychology to create a mindset that supports a successful life. I’ve been teaching too about the power of the mind and how what we think and believe creates our reality (see this powerful video and article at How Your Beliefs Create Your Reality). How does all of this pertain to football and the Super Bowl? Let me explain.

Both teams, I would only assume, entered that field emotionally and physically pumped to go after the Lombardi Trophy and win that game. Both teams had practiced a great deal and were well prepared. Since the Atlanta Falcons never won a Super Bowl before, they probably wanted it more, at first. They came onto that field with such incredible force that they actually kept the opposing team from scoring a single touchdown in the entire first half of the game, something rarely if ever experienced by the New England Patriots. As the Atlanta Falcons earned a greater and greater lead, that is when the shift happened. Atlanta seemed to become complacent (mentally). They appeared to still be playing to the best of their ability on a physical level but their drive and passion to win did not appear as strong possibly because there was an assumption that the win was inevitable.

What happened with New England; however, was far more profound. Instead of feeling discouraged and defeated at the half, they came out with incredible focus and power – a mental and emotional feat rarely accomplished by anyone facing such a dire situation. They appeared to stay calm; they kept their heads on straight and their feet on the ground and their eyes on the ball (yes pun intended). Their ability to persist against all odds was stunning. They never gave up.

Their purpose WAS persistence.

Let’s look at persistence. Google defines persistence as doing something despite difficulty or delay in achieving, a persistent course of action, a purpose or state, especially in spite of difficulties, obstacles or discouragement. It was their persistence to achieve their purpose that was crystal clear and because of this, they accomplished their goal to cross the goal line, more often than their opponents.

Interesting too, is that they did not let statistics sway their thinking. To begin with, Tom Brady, the quarter back for the New England Patriots, is due to turn 40 this year, which by most statistics, is an age that many in his position across the NFL have either retired or should have by then.   It is believed that a player at that age simply can’t compete with peers of younger ages. Secondly, there has never been a team that was able to recover and win a super bowl once they are more than ten points behind, especially so late in the game. The statistics were clear, the odds were against them, but that didn’t change their drive to get down the field and score as many times as necessary to win. So, let me ask you, are statistics swaying your thinking? Are you allowing others past performance dictate your ability to succeed? Again, watch our videos on our SanaView YouTube channel to hear of others that proved statistics to be wrong in situations far more critical than winning the super bowl. I’m referring to life-and-death situations.

What is Your Purpose?

In High Performance Coaching™ as taught by NY Times best-selling author Brendon Burchard, I assist my clients in leading their lives with purpose and passion. We know from over 20 years of research on psychology and neuroscience, that this is key to achieving your goals in all aspects of your life, whether at home or on the field. One’s purpose is not to be taken lightly, though. You don’t just casually think about your purpose or maybe write down a sentence one day and forget about it. To be a true high performer, you take the time to be led through a series of expertly crafted questions that help you to uncover your best life; which is defined and articulated in Your Purpose.

Living from your purpose consistently over time is what enables a truly amazing life. To be a high performer, consistency is key. Even though the Atlanta Falcons played an amazing game and should be commended, the New England Patriots were consistent and unwavering in pursuing their goal. They displayed incredible resilience and fortitude too.   When you Google the definition of these words, you see that resilience is defined as “the capacity to recover quickly from difficulties” and fortitude is “courage in pain or adversity”. These are very much emotional and mental qualities, not just physical.

Do You Display Courage in Your Life?

Courage is one of the most important concepts in high performance. Gaining confidence, decisiveness and momentum will help you to develop more courage in living your life. Are you doing all you can to go after your goals in life? Are you consistently living from your best self, which is defined in your life’s purpose? As your High Performance™ Coach, I will lead you through a proven, measured and defined process to get you from where you are today (10 yard line) to where you want to be (across the goal line) in every aspect of your life. As your coach, I will encourage, inspire and cheer you on without hitting you in the ass like football players do!

Don’t give up; be courageous and persistent in striving for your goals. Be like the Patriots.  Live your life with purpose and passion and you too will win.

To download your own Free Personal Strategy Document to begin to guide you toward heightened levels of joy, energy and clarity on your march to a successful, healthy and vibrant life visit:

About Janet McKee and SanaView

SanaView is an organization whose mission is to inspire and teach easy, effective and enjoyable ways to Embrace a Better Life; a life that is happier, healthier and more fulfilling.  Janet McKee, founder of SanaView, is one of the most vibrant, inspirational and motivational speakers of our time.  She is known for captivating her audience through the use of real-life stories and anecdotal accounts that draw people in, entertain them, uplift and empower them with real solutions that they can begin to use to improve their lives immediately.

SanaView’s High Performance Coaching Program to receive a $1000 scholarship plus more bonuses being offered for a limited time.