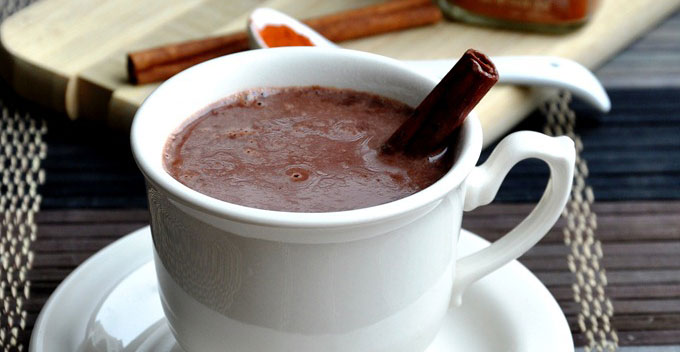 This is an excerpt from the Mayan Celebration book of recipes created by Janet McKee to raise money for the Council of Thirteen Indigenous Grandmothers.? Even though the Aztecs valued cacao beans so greatly, they used the little dark beans as money, it was the Mayans who developed this bean into a food. Their original hot chocolate was made with hot water as they did not have cows!! It was made with chocolate, hot water, honey and a dash of salt. At home, I make my hot chocolate with raw organic chocolate powder and hot water (like tea), then I add stevia. Our modern culture, however, enjoys a richer version made with milk.. Dark chocolate has been found to have several health benefits when used in moderation and not combined with dairy. By using one of the wonderful milk alternatives available, this drink can remain a healthful treat.